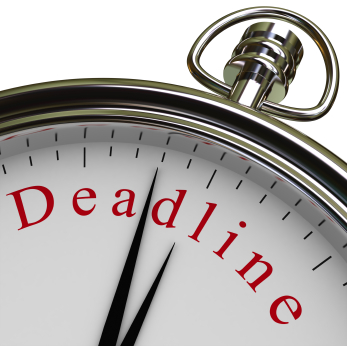 It’s the most common arrow in the quiver of plainfiffs’ lawyers when it comes to dealing with insurance companies:  the time limit settlement demand.  It’s used as a multi-purpose tool  against insurers to 1.) force an early settlement of the underlying third party  claim; 2.) prevent the insurer from conducting a full investigation into the underlying claim; 3.) drive a wedge between the insurer and its insured; and 4.) set up assignment of a follow-on bad faith claim in the event of an excess verdict in the third party claim.

Here’s how insurers can successfully defend against this tactic every time:

Document Receiving The Demand, And Immediately Request An Extension To Respond

This seems a rather obvious suggestion, but in practice it is overlooked as many times as utilized,  in my experience.   The failure to document receipt of the time limit settlement demand will not be of any help, and it exposes the insurer to the allegation of sloppy claims handling and inattentiveness to the claim.   If it arrives, when it arrives, acknowledge it in writing to the Plaintiff’s lawyer.

Especially when the time limits demand arrives early in the claims investigation, a written request for extension to respond to the demand should be made in writing immediately.  And of course, any refusal by plaintiff’s counsel to agree to the extension should be documented as well.

Document The Investigation Which Must Be Done Before Responding

While not strictly necessary, it is extremely helpful to identify with as much specificity as possible  the nature and extent of investigation you would like additional time to complete.    Providing these specifics will prevent any claim that the insurer is merely requesting additional time to delay paying the claim.

Obviously, the proposed investigation steps should be followed, and the results documented in the claims file.  Requesting an extension to investigate the claim and then failing to do the investigation exposes an insurer to bad faith exposure for  unreasonable delay.

It happens.  Some zealous advocates are not content with merely refusing a request for an extension; in order to manufacture insurer delay the insurer will find that it is unable to get medical authorizations promptly, or unable to schedule the claimant’s examination under oath, to name two.  It is important that the claims file document accurately document responsibility for delay, or for expiration of the time limit demand, especially if the plaintiff’s lawyer is being either not helpful or worse, obstructing the investigation.

Keep The Insured Apprised, And Document That

In order to discharge the fiduciary duty an insurer owes to its insured in defending him or her in a third partly claim, the insured must be included and involved in communications involving the claim.  This is especially true where the insurer refuses to settle the underlying claim within policy limits, theoretically exposing the insured to an excess judgment.

All of the above steps will not only be of use in defending a follow – on bad faith claim should it come down the road, but it will lead to better results, and allow for proper investigation, of the underlying third party claim.  For more information on how to effectively rebut and defend against third party time limit settlement demands, reach me at chaddick@dmclaw.com or 717-731-4800.