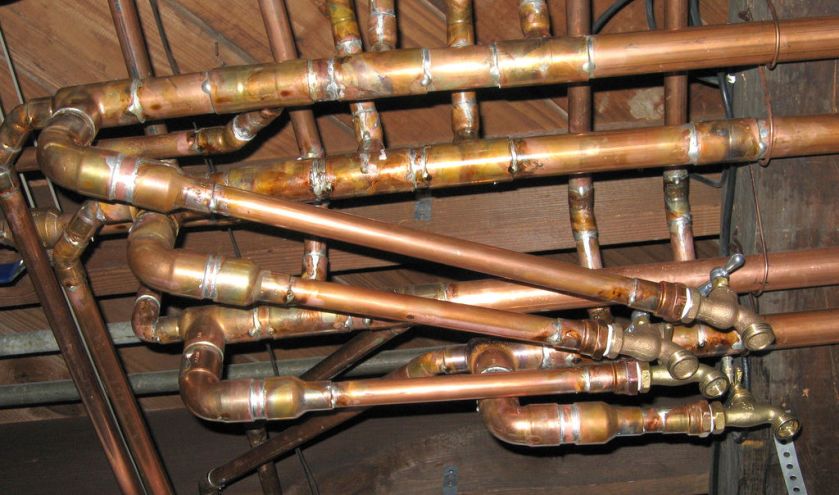 Pittsburgh, June 9 – A U.S. District Judge in Pittsburgh has granted a motion for judgment on the pleadings in favor of a school district, ordering a primary and excess insurer to defend the district in a pollution class action case.  In The Netherlands Ins. Co., et. al. v. Butler School District, et. al., U.S District Judge Arthur Schwab interepreted pollution exclusions in the involved insurance policies as ambiguous because they did not specifically exclude pollution claims arising out of copper becoming “bioavailable.”

The school district had a  general liability policy issued by Netherlands and an umbrella policy written by Peerless.  The insurers sought a declaratory judgment in the Western District of Pa. that they had no duty to defend the district because the claims were within exclusions for “pollutants” and lead exposure.

Judge Schwab ruled that both The Netherlands Insurance Co. and Peerless Insurance Co. had to defend Butler Area School District and a prior superintendent, Dale Lumley,  from parents’ claims against the district for concealing hazardous levels of lead and copper in one of the district’s elementary schools.  The Court found the insurance policies’ general pollution exclusions were ambiguous enough to allow coverage and that the specific lead poisoning exclusions did not specifically reference copper.

In ruling on the parties’ cross-motions for summary judgment, Judge Schwab looked to prior decisions in lead paint cases which held that exclusions “arising out of the actual, alleged or threatened discharge, dispersal, seepage, migration, release or escape of ‘pollutants,’” did not sufficiently address the gradual chemical process by which the paint caused lead poisoning.

“These findings are similar to the facts, as here, where lead and copper are essentially components of the water system at Summit Elementary, which have degraded over time, thereby allegedly rendering the lead and copper bioavailable.”

The judge also held that without a specific copper exclusion, the insurers were bound  to provide a defense in the underlying case, as there has been no factual decisions made as to whether the alleged injuries were caused by the lead, copper or both.  He also ruled that the duty to indemnify would have to await those factual determinations in the underlying case.

Judge Schwab emphasized the bedrock premise that the duty to defend was broader than the duty to indemnify, and then concluded:

“The court will not countenance the insurers’ invitation to turn Pennsylvania law relative to the duty to defend on its head, so as to allow the potential exclusion of a single type of claim to relieve them of their duty to defend, when the law actually requires a defense when a single potentially covered claim is alleged.”

WEST VIRGINIA,  June 2  – The West Virginia Supreme Court  ruled that Erie Insurance was not liable to provide coverage to an insured business which claimed landslide damage, in part because the earth movement exclusion in the policy made no distinction between natural and artificial earth movement events.

In Erie Property and Casualty Ins. Co. v. Chaber, the Chabers’ motorcycle shop leased property and insured it with a policy issued by Erie Insurance Property and Casualty Co.  A Feb. 19, 2014, landslide caused damages to the property, including broken windows.  Erie engaged an expert who opined the damage was the result of seasonal climate change.  The insureds disputed the claim, and engaged an expert who said the loss was the result of improperly excavated ground.

The W.Va. Circuit Court granted judgment in favor of the Chabers in February 2016, holding that the insuring agreement did not unambiguously exclude manmade landslides.  The state Supreme Court reversed, however, and held that manmade landslides and natural events were both excluded from the Earth Movement Exclusion in the policy.  They also held that that an exception for glass breakage to the exclusion could  not be extended to cover all aspects of the loss.

“A provision in an insurance policy that excludes a loss regardless of whether such loss is ‘caused by an act of nature or is otherwise caused’ is not ambiguous and excludes coverage for the loss whether it is caused by a man-made or a naturally-occurring event.”

The Court also found that while ensuing loss involving breakage of glass was covered via an exception to the Earth Movement Exclusion, the lower court misapplied that exception when it used it to require Erie to pay for the entire claim, calling the circuit court’s interpretation “unjustifiable.”

The parties disputed that the insured was entitled to more than $17,000 in landscaping charges.  The insurer had already paid $347,000 for other property loss.  And while the contract dispute over the landscaping fees was not resolved at summary judgment, the bad faith claim made by the insured was dismissed, Judge Conaboy finding it unthinkable” on the facts that a jury could find State Farm acted in bad faith.

The Court ruled that the issue of delay could be analyzed first by a review of the insuring agreement itself.  Judge Conaboy found that the policy placed a duty on the insured to advance his claim by providing information supporting the claim.  The insured in this case, the Court observed, delayed production of supporting documentation for over a year:

“To succeed on a bad faith claim, a Plaintiff must demonstrate “(1) that the insurer lacked a reasonable basis for denying benefits; and (2) that the insurer knew or recklessly disregarded its lack of reasonable basis.” Verdetto v. State Farm Fire and Casualty Company, 837 F.Supp 2d. 480, 484 (M.D.Pa. 2011), affirmed 510 Fed. Appx. 209, 2013 W.L. 175175 (3d. Cir. 2013)(quoting Klinger v. State Farm Mutual Insurance Company, 115 F.3d 230, 233 (3d. Cir. 1997). In addition, a Plaintiff must demonstrate bad faith by clear and convincing evidence. Polselli v. Nationwide Mutual Fire Insurance Company, 23 F.3d 747, 751 (3d. Cir. 1994). For an insurance company to show that it had a reasonable basis to deny or delay paying a claim it need not demonstrate that its investigation yielded the correct conclusion, or that its conclusion more likely than not was accurate. Krisa v. Equitable Life Assurance Company, 113 F.Supp 2d. 694, 704 (M.D.Pa. 2000). The insurance company is not required to show that ‘the process by which it reached its conclusion was flawless or that the investigatory methods it employed eliminated possibilities at odds with its conclusion.’ Id. Instead, an insurance company must show that it conducted a review or investigation sufficiently thorough to yield a reasonable foundation for its action. Id. ‘The ‘clear and convincing’ standard requires that the Plaintiff show ‘that the evidence is so clear, direct, weighty and convincing as to enable a clear conviction without hesitation, about whether or not the defendants acted in bad faith,’  citing J.C. Penney Life Insurance Company v. Pilosi, 393 F.3d 356, 367 (3d. Cir. 2004)…. In short, Plaintiffs’ failure to perform their reporting duty under the contract impeded, wittingly or unwittingly, [the insurer’s] investigation of their claim. Thus, the delay in payment for the value of their personal property was a direct result of Plaintiffs’ failure to perform their contractual duties and, as such, may not serve as an appropriate basis for a finding of bad faith on Defendant’s part. Stated another way, Plaintiffs may not now seek to profit due to their lack of action.”

STROUDSBURG, May 30 –  A Pennsylvania state court judge has decided that a driver was entitled to $400,000 in stacked coverage because the driver did not sign stacking waivers when adding the most recent vehicles to his policy.

In Newhook v. Erie Ins. Exchange, Monroe County Court of Common Pleas Judge David J. Williamson granted declaratory relief sought by  Kenneth Newhook when he filed a complaint against Erie seeking entitlement  to the stacked coverage.   Newhook was involved in a rear end accident when he was struck by a drunk driver, and he alleged he sustained severe injuries in the collision.

Erie paid $100,000 in single-vehicle coverage but denied Newhook’s claim for $300,000 in additional stacking benefits based on 3 other vehicles listed on the policy.  Newhook neither selected nor waived stacking  when adding the most recent vehicles, Williamson noted in his opinion.

Williamson declined to follow Erie’s argument that it had no duty to obtain new stacking waivers for the recently added vehicles after the insured initially declined stacking on the former vehicles:

“It appears that the existing case law varies regarding availability of stacked UM/UIM coverage when it is not selected by an insured, but also not specifically waived in writing…From a pure public policy standpoint, and in conformity with the intent of Section 1738 of the [Motor Vehicle Financial Responsibility Law], it would seem that when more benefits are available, a written waiver of those benefits should be given…Clearly, a significant change was made when the Ford Fusion was added to the policy. No stop-gap insurance was needed because Erie was informed and issued a new declaration and also renewed the insurance policy prior to the accident. No new waiver was executed.”

Williamson ruled in favor of stacking despite the fact that the vehicle in the accident, a Ford Fusion, was a replacement for an automobile on which stacking had originally been rejected.  The judge ruled that acquisition of the new cars was akin to the purchase of a new vehicle, on which a stacking waiver would be required.

A link to the opinion appears below.