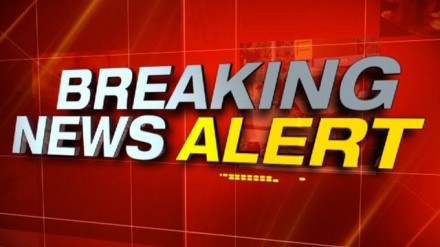 Mr. Haddick is a shareholder of Dickie, McCamey & Chilcote, P.C. and is the Location Chair of the Harrisburg office. He has practiced law for almost 30 years. He concentrates his practice in the areas of insurance coverage and insurance bad faith litigation; insurance fraud, arson, fire and explosion cases; cybersecurity and cyber insurance coverage and litigation; professional liability including insurance agency errors and omissions; subrogation; and general liability defense. Haddick is the author and editor of the legal insurance blog www.badfaithadvisor.com.

Mr. Haddick received his J.D. from The Dickinson School of Law of the Pennsylvania State University. He is AV Preeminent® Peer Review Rated by Martindale-Hubbell® and he is also listed in Best Lawyers in America® for Insurance Law.

About Dickie, McCamey & Chilcote, P.C.: Dickie, McCamey & Chilcote, P.C. is a nationally recognized law firm providing comprehensive legal expertise in a multitude of practice areas. Headquartered in Pittsburgh, Pennsylvania and founded more than 100 years ago, the firm serves industry-leading clients across the country from offices throughout the mid-Atlantic region in Delaware, New Jersey, New York, North Carolina, Ohio, Pennsylvania, South Carolina and West Virginia, the Southwestern region in California, and the Rockies in Colorado. For more information: 800-243-5412 or www.dmclaw.com.

Dickie, McCamey & Chilcote, P.C. received six national practice area rankings in the 2018 “Best Law Firms” list published by U.S. News & World Report and Best Lawyers®, which included the firm’s Insurance Law Practice Group.   The  firm’s inclusion in these rankings reflects the high level of respect a firm has earned from leading lawyers and clients in the same communities and practice areas for its ability, professionalism, and integrity.

The U.S. News – Best Lawyers “Best Law Firms” rankings are based on a rigorous evaluation process that includes the collection of evaluations from clients, peer review from leading attorneys in their field, and review of additional information provided by law firms as part of the formal submission process. Clients and peers evaluated firms based on the following criteria:  responsiveness, understanding of a business and its needs, cost-effectiveness, integrity, and civility, as well as whether they would refer a matter to the firm and/or consider the firm a worthy competitor.

About Best Lawyers®
Best Lawyers is the oldest and most respected peer-review publication in the legal profession. A listing in Best Lawyers is widely regarded by both clients and legal professionals as a significant honor, conferred on a lawyer by his or her peers. Our lists of outstanding attorneys are compiled by conducting exhaustive peer-review surveys in which tens of thousands of leading lawyers confidentially evaluate their professional peers. Lawyers are not permitted to pay any fee to participate in or be included on our lists.

CJ Haddick is the Director In Charge of the firm’s Harrisburg, Pa., office, and he heads Harrisburg’s Insurance Law Practice Group.  Reach him at chaddick@dmclaw.com or 717-731-4800.

PITTSBURGH, April 4  — This week, the  Pennsylvania Supreme Court heard oral argument on whether intentional ill will or malice was a required element to make out a claim for insurance bad faith in Pennsylvania, exposing insurers to punitive damages.

In Rancosky v. Conseco, the Pa. Superior court reversed a trial court ruling in favor of an insurer on bad faith claims following a bench trial.  The Superior Court held that the insurer  did not have a reasonable basis to deny benefits to LeAnn Rancosky following her diagnosis of ovarian cancer in 2003.  The intermediate appeals court relied on its 1994 ruling in Terletsky v. Prudential, and held that while it was a consideration, ill will and malice was not a stand-alone requirement to establish insurer bad faith.

Ms. Rancosky and her husband sued Conseco in the Washington County Court of Common Pleas in 2008,  and eventually won a $31,000 jury verdict on breach-of-contract claims.  Conseco prevailed, however, on the bad faith claims.

During argument this week, Conseco argued to the state Supreme  Court  that Pennsylvania’s bad faith statute does not contemplate punitive damage awards against carriers without evidence of a malicious motive.  In response, Rancosky’s estate argued that proving ill will was exceptionally difficult, and that making bad motive a requisite element would allow insurers to handle claims recklessly and carelessly without fear of penalty.

Law360.com reported that during argument earlier this week,  Justice Max Baer saw the appeal of Rancosky’s arguments, stating “It’s hard to prove that kind of motive, and if you’re going to hold the insured to that burden then you tend to put the rabbit in the hat and the insurance company wins because they say, ‘We’re the most incompetent organization in the world. We were dead wrong, but we had no motive of ill will.’”

A ruling is anticipated later this year.

Editor’s note:  Justice Baer’s comments during oral argument this week are emblematic of a trending misconception that the Pa. Bad Faith Statute created anything beyond an intentional tort cause of action.  There is a large body of case law in both Pa. state and federal courts holding that mere negligence is not bad faith, and that an insurer has the legal right to be wrong on claims decisions, as long as the decision can be supported by a reasonable basis.

HARRISBURG, Aug. 30 – The Pa. Supreme Court issued a ruling granting  appeal in a bad faith case to consider whether proof of ill will or motive is a prerequisite to establishing liability under the Pa. Bad Faith Statute, 42 Pa.C.S.A. §8371.

In Rancosky v. Wash. National Ins. Co. , 2016 Pa. LEXIS 1910 (Pa. Aug. 30, 2016), the state’s highest court ruled it will undertake limited review of a Pa. Superior Court ruling which granted a new trial to a bad faith plaintiff, an estate executor, after the trial court found for Washington National following a non-jury trial in a dispute over a cancer insurance policy.

The Supreme Court Order indicates it will review only the following issue:

“Whether this Court should ratify the requirements of Terletsky v. Prudential Property & Casualty Insurance Co., 649 A.2d 680 (Pa. Super. 1994), appeal denied, 659 A.2d 560 (Pa. 1995), for establishing insurer bad faith under 42 Pa.C.S. § 8371, and assuming the answer to be in the affirmative, whether the Superior Court erred in holding that Terletsky factor of a “motive of self-interest or ill-will” is merely a discretionary consideration rather than a mandatory prerequisite to proving bad faith?

While recognizing that the state legislature did not define bad faith, the Superior Court held that a statutory bad faith claim under Pennsylvania’s bad faith statute had two elements:  (1) the insurer did not have a reasonable basis for denying benefits under the policy, and (2) the insurer knew of or recklessly disregarded its lack of reasonable basis in denying the claim.  According to the Superior Court opinion, the trial court granted judgment to the insurer in part because the Plaintiff “failed to prove that Conseco [predecessor to Washington Mutual]  had a dishonest purpose” or a “motive of self-interest or ill-will.”

The Superior Court ruled it was sending the case back to the trial court for a new trial because the trial court’s finding that Plaintiff failed to prove the first element of the bad faith claim was in part premised upon  the Plaintiff’s failure to prove that the insurer in the case acted will ill will or a dishonest purpose.

The following passage from the Superior Court opinion, which could be seen as exalting form over substance, refers to an insurer’s ill will or dishonest purpose as  merely “probative.”  This aspect of the opinion could be what drew the Supreme Court’s attention: