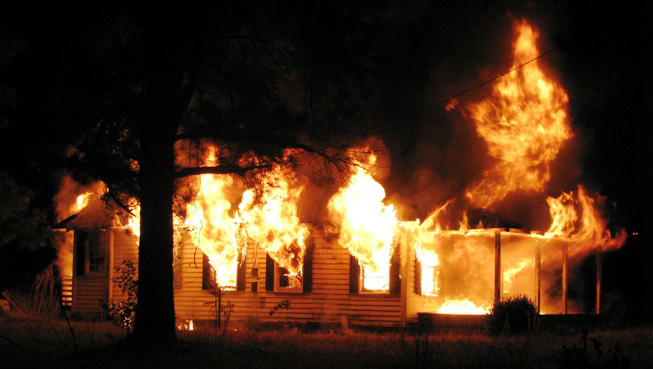 SPRINGFIELD, Feb. 29 –  A federal judge in Missouri has denied an insured couple’s attempt to exclude expert evidence Allstate Insurance  intends to submit  in a declaratory judgment action in which it seeks to have its denial of a homeowners insurance coverage claim upheld.

In Allstate Indemnity Company v. Joseph Dixon, et al., No. 14-cv-03489-MDH. W.D. Mo.; 2016 U.S. Dist. LEXIS 24678, U.S. District Judge Douglas Harpool denied a motion to strike Allstate’s expert disclosures filed by Allstate insureds Joseph Dixon and his wife, ruling that the value of the couple’s home could be probative of the couples’  financial motive to commit arson fraud. The Court found that Allstate’s proposed testimony from a county assessor as to the value of the insured couple’s home would not prejudice the homeowners, although it reserved final judgment about the precise nature of the allowed testimony until later in the case.

Allstate  denied coverage for the April 2014 fire, claiming that the Dixons falsified material facts with regard to the claimed loss. A cause and origin and claims investigation by Allstate revealed that the fire was intentionally set.  The Dixons contended in their motion to strike expert disclosures that the value of their home was not in dispute, and that expert testimony concerning the value of the property would be confusing to the jury as well as irrelevant, cumulative and prejudicial.

In an earlier post, we examined some key points to structuring and winning a civil arson/fraud trial against an insured suspected of misconduct in the making of an insurance claim.  We resume our examination in Part II of Winning the Arson/Fraud Case.

This is a vital assessment which must made in an objective, detached manor.  Hoping that your claims staff will appear more credible than the insured is not sufficient grounds to proceed to try the arson/fraud case.  A reasoned, detached analysis of the insurer witnesses must be done to determine whether they, individually and as a whole, will stand up to the scrutiny of the jury, and be judged more credible.

Next to the law enforcement witnesses, the claims witnesses are the most important pieces in winning the arson/fraud trial.  They deserve detailed vetting as soon as possible in the process.

Who Let The Dogs Out?

This is going to sound silly.  But this indicator has almost never in 25 years of practicing law led me astray from assessing the proper cases to take to trial.

Did the insured have any pets?  Are they normally kept inside?  Did they perish in the fire, or was there some unusual event or explanation which led them to being out of the house at the time of the fire?

Arsonists love their dogs like anybody else.  The average one-off arsonist is simply neither aware enough nor disciplined enough to sacrifice a family pet  to create the impression of a fire of actual unknown origin.   Electrical malfunctions and other accidental fires do not take time to lead otherwise confined pets to safety before they begin.  Almost all arsonists do, however.  The notable exception to this guideline is the rage or anger fire in which the arsonist attempts to harm a pet of the object of his anger — which is a very, very small percentage of intentionally set fires, in my experience.

Some arsonists are more skilled than others. Few are hired professionals, and the amateurs make plenty of mistakes.  Combining the stress of the circumstances which would lead an insured to commit arson for insurance benefits,  and a basic lack of experience in such activity generally leads to a break or two in the fire investigation —  telltale signs of intentionally set fire versus fire of accidental cause and origin.

The following mistakes have all occurred in cases I have handled, including one case in which all of the mistakes occurred in the same fire.  Some of these are sure to strike you as fantastical but they all are true:

The case in which all of these mistakes occurred in the same fire  was readily identified as an arson/fraud case which should be tried.   And while that particular case is an outlier to put it mildly, most arson fires do not go perfectly for the arsonist, and mistakes can be identified.  They should be pointed out and shown to the jury.

Do Not Forget Damages

In the bustle and effort spent establishing the insured’s liability for arson/fraud, the fact that many statutes provide a right of reimbursement and recovery to the insure is lost, and insurers as a result do not take sufficient advantage of recouping expenses and costs related to investigating the fire, and recouping claims dollars which may have been paid out during the pendency of the claim.

In many ways, an insurer used to being a defendant must become a plaintiff fur purposes of not only putting on an arson/fraud case, but also for putting on a damages case as well.  Costs and claims dollars must be tracked, organized, and presented in the form of cogent damages exhibits and/or summary exhibits, preferably using the same trial presentation software as discussed in the first half of this post.  SIU and other special investigators employed by the insurers, and claims staff can authenticate these items for admission into evidence.

Some states provide for recovery of multiples of such costs, and attorneys fees in the form of penalties.  For that reason, they should not be overlooked if the decision to try the arson fraud case has been made.

Arson/Fraud Cases Can Be Won

While it does require thought and effort, the right arson/fraud cases can be won by insurers who take the time to identify good candidates, and work those candidates up properly for trial.  The prosecution of civil arson/fraud claims can also be a source for the insurer to recoup costs and claims dollars thought to have been lost in the investigation and payment of fraudulent claims.

Many jurisdictions provide insurers with civil claims for damages and/or civil penalties in the event they sustain losses caused by insured misconduct including arson/insurance fraud.  Yet insurers are for the most part reluctant to take advantage of these provisions, fearing the arson/fraud case as either too costly or not good for company image.

These cases are both winnable and, not unpopular where there is a basis to proceed. Here is a quick survey of some key points to winning the arson/fraud case:

Pick The Right Case Before Buying In

To say that there are winnable fraud and arson cases is not to say that all cases of suspected fraud and arson are winnable.  Perhaps a full 50% or more of determining whether a civil arson or fraud prosecution will be successful rides on selecting the correct cases for prosecution.   In this regard, experience on both the claims team side and the outside counsel side is important when making this assessment, as is the collaborative process between the two.  Case selection must be a  joint exercise.

The topic of selecting the proper cases for trial could fill volumes, but some general guidelines will be helpful here:   The fire science in the case must clearly point to incendiary origin.  Motive, usually financial, is technically not required, but I have never successfully prosecuted a civil fraud or arson case without explaining to the jury why someone would want or need to try to burn their own home to the ground.  It is a hard concept for most people to wrap their heads around without explaining why to them.  Other possible non-financial motives include revenge, or “rage” fires, but my educated guess is that financial motive is the motive in play for more than every 8 of 10 arson fires.

The candidates for trial are likely to strike  you in the face; they have a way of standing out.  Regardless, however, analysis and due diligence of the merits of  such candidates should always be done before a final decision is made.

Be Mindful of the Burden of Proof

This is sometimes overlooked until the case is well underway.  However, it should be one of the first things considered before a decision is made to try an arson/fraud case.

Just as motive is crucial to success (addressed in Part II of this post), so is explaining to a jury precisely what happened and when and, most importantly, answering the question of whether the insured had the opportunity to start a fire at home within the appropriate window of time.  The time line must be used to eliminate any potential alibis which can undermine successfully putting on an arson/fraud case.

When I suggest here that a timeline must be developed, I suggest also that it must be developed in a way that a jury can 1.) visually see the timeline of events (preferably via software like PowerPoint or TrialDirector); and 2.) understand the time line so that it makes sense, and does not look in any way at variance with the evidence.

This is a close relative of the timeline tip, and arguably even more important.  Jurors today more than ever view jury trials as television in the courtroom, albeit on a larger scale.  They would much prefer to be educated by the insurer, law enforcement investigators, and counsel about the cause and origin of the fire, than to merely be told what caused a fire.  The will be comfortable only after coming to a conclusion on their own, rather than taking the insurer’s word for it, even if that word is coming from an expert.

Demonstrative evidence, preferably photo, animation, video and other visual media presented on trial software is the best way to convey cause and origin information.  With photographs and demonstrative evidence, experts can discuss and demonstrate origin points at the fire scene, point out burn patterns, and other critical visual evidence to give the jury the comfort it needs to make a finding that the insured essentially committed a crime.

We will review additional keys to winning the arson/fraud case in Part II of this post.