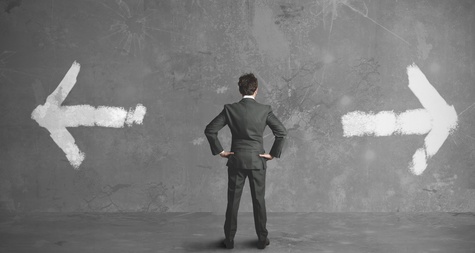 In this post, we begin a brief look at the building blocks of a bullet-proof legal opinion on an insurance coverage issue.  Legal departments should look for these elements and insist on them in written coverage opinions from outside counsel, and outside counsel should make sure to use these elements as touchstones, in order to provide the most reliable coverage opinion possible.

Clarity and precision are required up front — if they are not, the entire opinion will falter and fail to provide what the client is asking for.  This seems obvious, but I am continually surprised by how often I get the question (or at least of piece of it)  wrong during the first phone call from general counsel or a claims executive.  It should be mandatory for outside counsel to state verbally or in a preliminary note to the client what she believes the coverage issue to be.  Why?  Because it is the first and best chance the client will get to make sure it is going to get what it believes it is asking for.  And it is the first and best chance to clear the legal opinion of any  confusion, mistake, and misunderstanding.

Another reason for this exercise is to identify sub-issues, or follow-on coverage issues which may present themselves.  If the client wants an opinion on Exclusion A, might it also want opinion on Exclusion D, as well as the exceptions to exclusions A and D?  Should it want one?   Not only does this ensure that the client gets an opinion on what it wants, it ensures the client gets an opinion which serves the purposes behind it:  advice and protection.   A partial coverage opinion which ignores related issues is likely to be criticized as myopic or artificially crafted in favor of insurer.    A complete coverage opinion, on the other hand,  covering all related issues, is much less assailable down the road.

Once the issues are clarified and refined, they should be stated at or near the outset of the written coverage opinion.

Identify  and Lay Down the Factual Matrix of the Coverage Opinion

A good legal opinion contains a thorough recitation of all known, relevant  facts germane to the coverage determination.  The written opinion should also advise the insurer that if there are additional facts the legal department would like outside counsel to consider, those facts should be provided to counsel and a supplemental opinion offered.   While this serves to protect outside counsel in the proffering of an opinion, it also ensures again that the client gets precisely what it wants from outside counsel.  It provides the legal department seeking the opinion to make sure that all of the facts it wants considered  to be taken into account, and ensures that mistakes can be fixed before the coverage opinion is provided.

All key facts should be stated in the written coverage opinion.  This also implies that facts which are peripheral, irrelevant, and unnecessary to the coverage determination need not be continued.  Heft does not equal value, and no in-house general counsel is going to appreciate you providing a 20-page  coverage opinion when 8  would have done the job just as well.  The coverage  opinion will only be as good as the foundation of facts upon which it is based, and set down in the opinion itself.

In Part II of Bullet-Proof Coverage Opinions, we will take up the importance of inclusion of the applicable policy terms and conditions at issue, analysis and discussion of applicable legal precedent interpreting those provisions, thoughtful legal analysis, and providing for contingencies in the opinion.