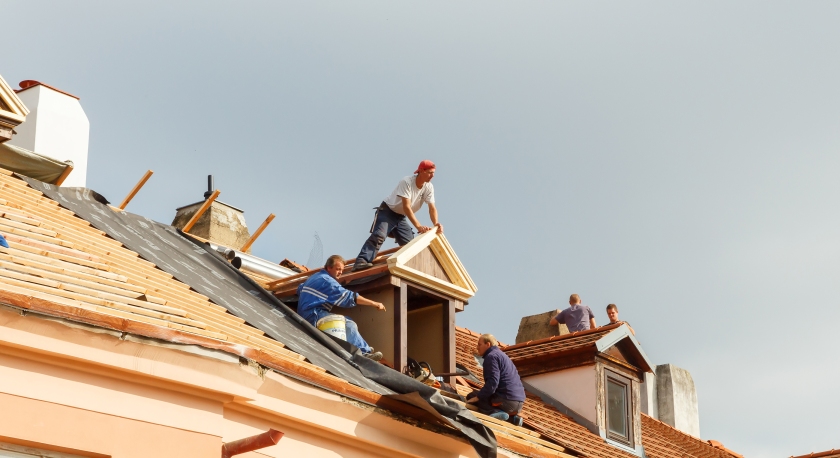 My wife and I recently downsized into a house we love, except for the roof we had to replace.  What ensued as I sought estimates from two roofing companies was a signal lesson to me about what clients want from their service providers, including law firms.  I was put in the rare position of calling the shots — I was for the purposes of this roofing job, the client.  What power.

Here’s how it went:

Company A’s estimator was a no-nonsense guy, who did a thorough tour of the roof and handed me a simple, one page estimate for X.   On the spot.

This number — X — was fairly close in my mind to what I would have to reasonably pay for a new roof.  I’d rather get the new roof for nothing, of course, but X made sense to me on a gut level.  It felt like a fair price to pay for what I was getting.

Company B’s estimator, on the other hand,  was nice also,  but a little more polished.  He handed me a glossy brochure after looking the roof over,  and said he would email me his estimate after he got back to his office and “did some satellite measurements” of the roof surface area.  A day later I got an estimate.  For 2X.

I didn’t like 2X as much as I liked X.  Company A got the job because Company A’s pricing made more sense to me.  It was lower, yes, and that certainly didn’t hurt, but a bid can become so low that it is no longer credible.  This bid was not so low.  This bid was  credible.

And thus, here is what the endeavors of laying shingles and hanging a shingle have in common, and what I learned from the experience:

Which pricing model do you think the clients prefer?

With the exception of the legal and consulting fields, customers largely pay for outcomes, not inputs.  This outcome-based pricing has made its way into how lawyers charge for their services.   Jim Savina, General Counsel of Kraft Heinz Co., said the following about the billable hour  in an interview earlier this week on Law360.com:

I have to think there is a better way to correlate price paid with value delivered, while aligning incentives to outcomes. I want my firms to be thorough and conscientious, but I never want them to spend five hours doing what they could do in one. The billable hour rewards them for doing so. I would rather reward firms for delivering the outcome at a rate that would be three times their billable rate. I have to think firms have access to data they could mine to develop those types of “win-win” arrangements in lots of areas.

And I would rather pay, and I did pay,  a roofing company the value of what that company did for me, as opposed to what the company thought it could get away with charging me.  That is the essence of pricing based on value,  which sophisticated clients will continue to demand.