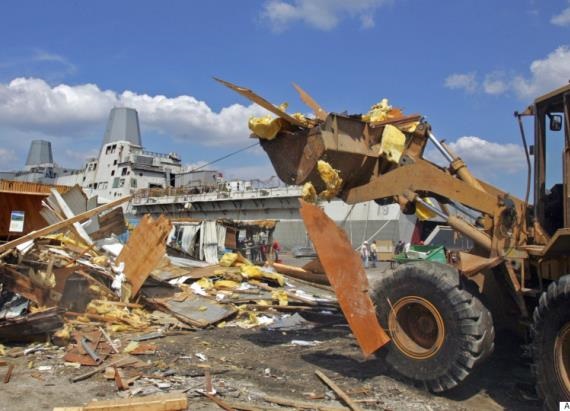 BILOXI, Jan. 5 – The Mississippi Supreme Court ruled that the destruction of a beachfront home by a barge which became loose from its moorings during Hurricane Katrina was not a covered loss under the applicable homeowner’s insurance policy.

In Porter v. Grand Casino et al, Chreryl Porter’s beachfront vacation home was completely destroyed by a barge owned by Grand Casino that had become loose from its moorings as a result of Hurricane Katrina.  She submitted a claim to her homeowner’s carrier, State Farm, which denied the claim, citing a policy provision excluding coverage for property damage arising out of flood, surface, and tidal water.

Porter filed breach of contract and bad faith claims against State Farm, arguing that the cause of the loss was Grand Casino’s barge, and not water.  She also filed claims against Grand Casino and her insurance agent, Max Mullins.  The trial court granted summary judgment for all defendants, and the Court of Appeals affirmed.

In affirming the judgment in favor of State Farm, the Mississippi Supreme Court in a 7-1 ruling held that the homeowner’s policy excluded from coverage any losses  which would not have occurred but for the movement of surface water.  The Court referred to policy language which stated, “we do not insure under any coverage for any loss which would not have occurred in the absence of … [w]ater damage,” and  ruled that where water caused the debris to collide with the property, such a loss was properly excluded.