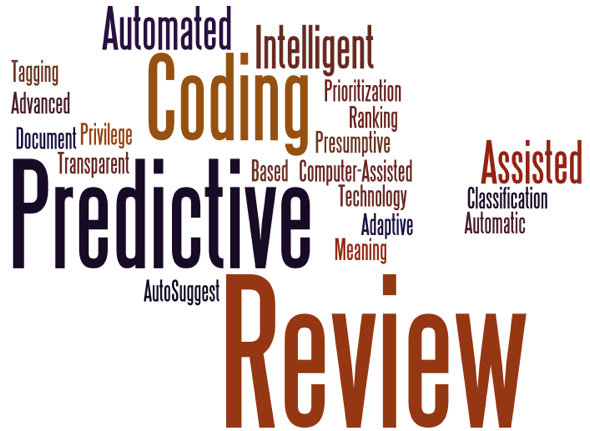 It has been a year since Southern District of New York Magistrate Judge Andrew J. Peck issued the latest in a line of significant e-discovery opinions approving the use of predictive coding in generating document productions in Rio Tinto v. Vale, — F.R.D. —-, 2015 WL 872294 (S.D.N.Y.) .  Predictive coding, also known as “Technology Assisted Review” (TAR) is the use of keyword search, filtering and sampling to automate portions of an e-discovery document review.   Most importantly, insurers can use TAR to reduce both the internal and external financial burdens of the discovery process in insurance coverage and bad faith litigation.

Here is a one paragraph primer on TAR:  A small “seed sample” of documents undergoes manual review by inside or outside counsel and/or a discovery management unit, and is assigned coding in terms of responsiveness to a given discovery request. That seed sample is then converted to an algorithm which is then used to run an automated search on a large set of potentially responsive documents, and the process yields a subset of responsive documents which are then reviewed and  provided in discovery.  Parties generally cooperate in the TAR process, and agree on a TAR protocol.   This process does NOT relieve litigation counsel of the obligation to review the documents which are going to be produced, but it is an efficient means of culling responsive documents, and it has become a recognized, acceptable method of electronic discovery under the Federal Rules of Civil Procedure.

Peck wrote in Rio Tinto that “it is now black letter law that where the producing party wants to utilize TAR for document review, courts will permit it.” (citing to cases from the federal tax and district courts in Arkansas, California, Nebraska, New York, and Tennessee, as well as Virginia and Delaware state courts).  He noted that  the courts have split where the requesting party has sought that the producing party use TAR and the producing party has resisted, but also cited to Dynamo Holdings Ltd. P’Ship v. Comm’r of Internal Revenue, 143 T.C. 9, 2014 WL 4636526, at *5 (U.S.T.C. Sept. 17, 2014), where the U.S. Tax court declined to follow an argument by the IRS that TAR was an “unproved technology,” and further holding that “the technology industry now considers predictive coding to be widely accepted for limiting e-discovery to relevant documents and effecting discovery of ESI without an undue burden.”

Judge Peck stressed the need for cooperation and transparency between adverse parties when developing a TAR protocol, and pointed out that TAR was at least as valid as keyword or manual searches of documents.

The line of thinking seen in Rio Tinto can be of great value to insurers in defending insurance and bad faith litigation.  Automated searching is now an approved method of culling through a large volume of potentially responsive discovery documents, and insurers can and should take advantage of both the technology, and the emerging body of case law approving of its use.  Predictive coding can save time, money, and manpower when it comes to answering discovery.

For more information on using predictive coding to reduce your discovery burdens in bad faith, insurance coverage, and any other litigation, reach me at chaddick@dmclaw.com or 717-731-4800.